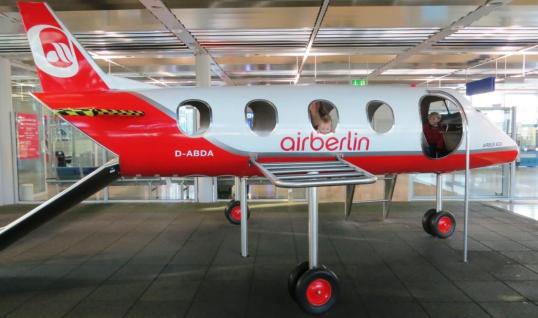 All loaded up for the long flight home. The pilots just get younger and younger.

After 22 straight hours of traveling which included one train, two cars, three buses, and four airplanes, we finally arrived home late Monday night. We’re all still quite jet-lagged–the kids were wide awake at 3:30 am this morning–but we had an AMAZING trip! I won’t get into specifics today, but In the mean time here are just a handful of photos (out of literally 2000) to give you a quick teaser of some of what we saw and did.  I promise over the next few weeks I’ll share the entire journey with all sorts of self-indulgent, narcissistic and tedious details 🙂

Over the course of eight climbing days we managed to climb at 18 different crags in the Frankenjura.  We were also able to visit 16 other crags (but did not climb at them). 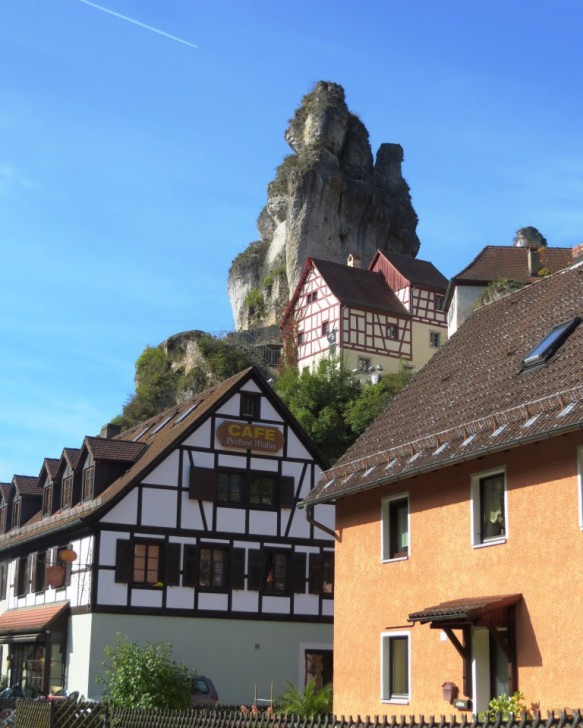 Limestone spires above the houses of Tuchersfeld

I did 32 routes first ascended by Wolfgang Gullich or Kurt Ablert, including a route by each climber named Auerbacher Weg. I also did a pair of historically significant routes by Jerry Moffat and John Bachar.  They were all hard for the grade!

Onsighting Krampfhammer (~13a?) at Weissenstein. This Gullich route had three consecutive mono moves, culminating in a big dyno from the last mono to a good jug. Photo Logan Anderson

Following the Anderson Principle of “Maximizing Fun”, we managed to squeeze in a ton of sightseeing. The kids were awesome, and they put up with a lot of driving and crag time. They didn’t like everything we did but they put up with it really well and generally seemed to have a good time. They loved the parks, the pastries, and the opportunity to be outside every day. They were even impressed every now and then.

A wet hike to a fantastic castle. Logan was a trooper the entire trip.

Dresden was remarkable.  Thanks to our new friend Shawn Heath for climbing with us and insisting that we visit this part of Germany.

Germany turned out to be super kid-friendly. This time of year every town has its own version of Oktoberfest, most of which included plenty of sweets and several carnival-style kids rides. Pottenstein is the main climbing hub of the Northern Frankenjura, and this tiny town has its own mini-amusement park that was open till 5pm each day, making it easy to drop in for some quick fun after a long day of climbing.

THE Oktoberfest in Munich.  Amelie mesmerized by a liter of Bier

Kate and Logan on the Pottenstein “Rodelbahn”

Now we need some sleep, and I need to catch up on work, and everything else that’s been neglected over the past few weeks. Physically I’m wrecked, but it was sooo worth it and I have a lot to share.  Check back here soon for the rest of the story!