Now that I had figured out which characteristics to look for in Dolomite sport crags I was much more psyched for the upcoming crag days.  One crag that piqued my interest is called “Rio Gere” and was merely 4 Km from our Condo in Cortina. Though the book raved about it, a quick recon of the area left me skeptical. 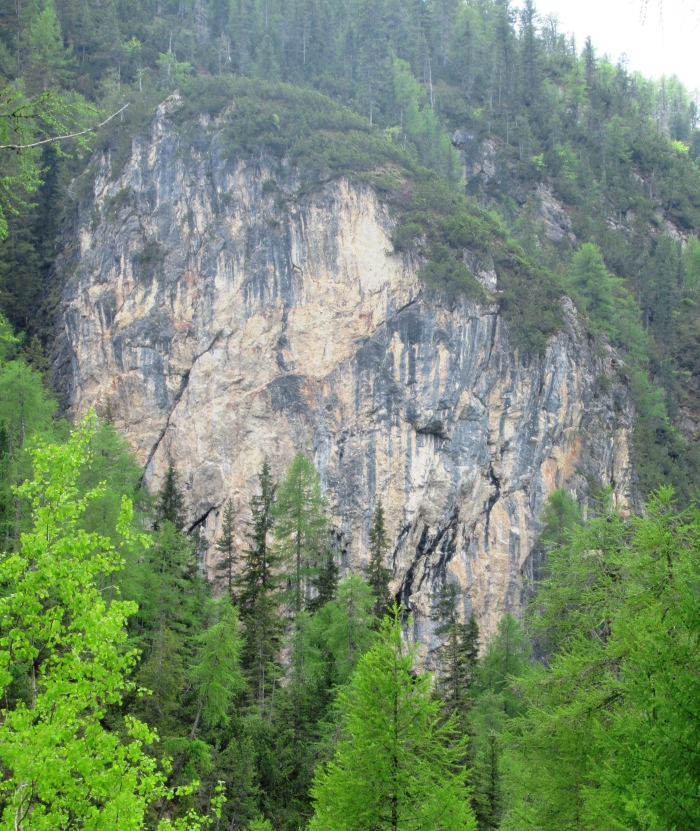 The cliff is a mixture of yellow, fractured stone and (at that time) heavily seeping pocketed flowstone. Since I was unsure of its quality, I left it for the afternoon of a big hiking day when I was already tired. I began the session with the old strategy of climbing the dry yellow stone, which went as expected—I sent everything, but felt dirty afterwards. I decided I would have more fun slipping out of muddy water-sculpted pockets than teetering up dusty choss, so I climbed a set of flowstone lines that all turned out to be incredible, despite the mud.

I also learned that by taking my grade down a few notches I could pretty much climb through a shower head without falling, and when I clipped the chains I felt a real sense of accomplishment. There was no question—I was having more fun climbing the best rock, even if it was wet. That made the choice of the next crag obvious.

Easily my favorite crag of the trip was Beco d’Ajal—a group of massive boulders just outside of Cortina. Of the crags I visited, this is the other contender for “best sport crag in the dolomites,” and really, the distinction would depend heavily on taste. While Laste is more of a vertical technician’s dream, Beco d’Ajal is all about the steep overhanging pockets. The best comparison I can think of is Sector Cascade at Ceuse. Though not as tall as Ceuse, the cliffs are completely covered in sculpted flowstone jugs.

The crag is guarded by a burly 45-minute uphill trudge, but it was well worth it. As expected, pretty much everything was wet, but by now I was quite used to climbing through it. The scenery from the cliff was spectacular, looking onto the Tofana Group and Cortina, and the climbing was incredible. If I had one day to be teleported to any cliff in the world, I would go there (when its dry!), Becco

For our last day we were all pretty tuckered out, so I selected a cliff with a short drive and even shorter Approach. Crepe de Oucera (Alti) was not quite up to the level of the previous three crags, but it was really good. It’s a favorite of the Cortina locals thanks to its short approach and southern aspect. The climbing here is generally near-vertical with lots of pockets, reminding me of the more pocketed rock at Sinks or the less-featured walls at Ten Sleep. This felt like a more traditional European crag with easy access, well-worn stone and lots of options. Though only one route really blew me away (a 12b called Cuba Libre), it was refreshing to climb some high quality dry rock for a change.

There were a number of other intriguing crags we didn’t visit due to seepage. If I return in drier conditions I would definitely make return trips to Beco d’Ajal and Laste, but based on what I saw, I’d also like to climb on these crags: 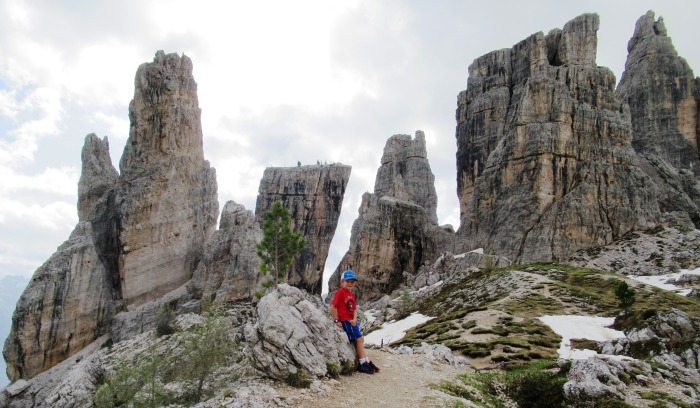 All told, I really enjoyed the sport climbing. Given the amount of rock and variety I think it’s a very worthy destination for sport climbers, certainly worth considering for those looking for a holistic vacation with options for other adventure-oriented activities. That said, try to visit in the Fall when the rock is presumably less wet!