Totality, 5.13a, on the steep west face of Southern Sun Spire.

My final objective for the 2017 summer Devil’s Head season was to investigate the intriguing west face of Southern Sun Spire. This is the next major fin of granite west of the Switchblade, and like that cliff, it’s slightly overhanging, shady till early afternoon, and covered in beautiful red patina. The next fin to the west of Southern Sun is less that 2-meters away at the north end of the wall, gradually widening to about a 10-meter gap at the south end, creating a narrow, shady corridor. This, along with the crag’s position high on the ridge keeps it breezy and cool. 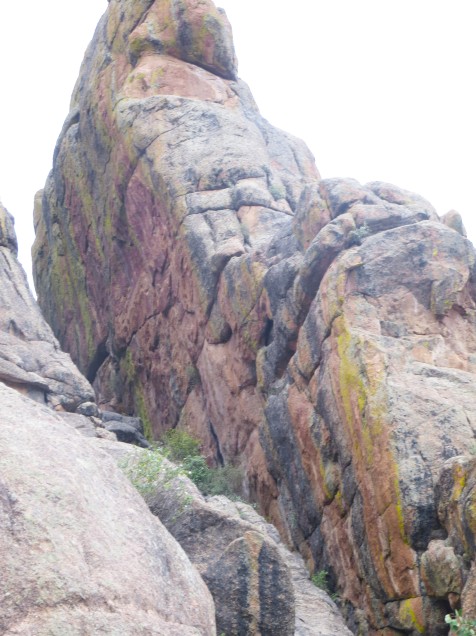 The west face of Southern Sun Spire from the south. 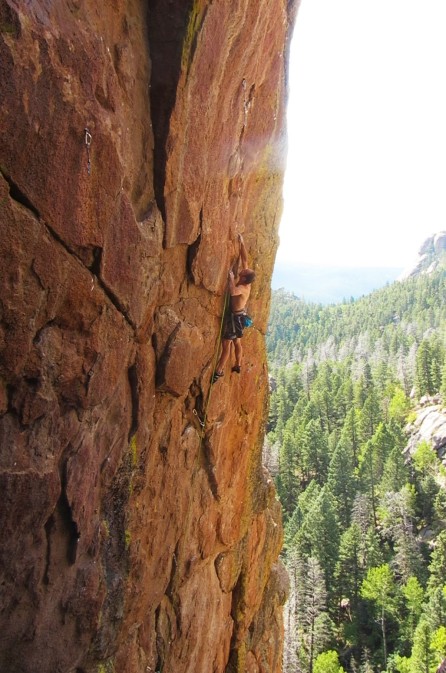 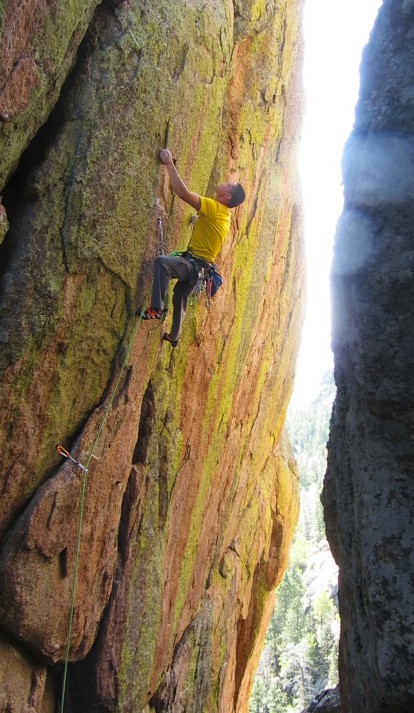 Boer pulling on the second ascent of Diamond Ring, 5.12b

The 12 routes on the east side are all slightly overhanging. The rock on the far north end is impeccable, but less featured. As you move to the south end of this wall, the rock becomes slightly steeper and often much more featured, resulting in some patches of really fun jug hauling on sculpted huecos. 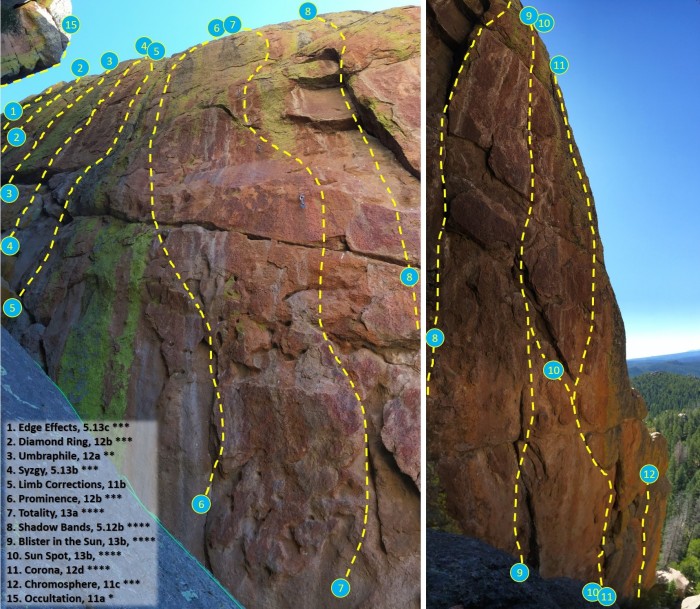 The opposite wall is basically a huge knob-covered slab with the 5.8-ish Cookie Bite climbing the southeast prow of the wall, an interesting 5.10 (Spicules) in the center, and a vertical-to-slightly overhanging 5.11- (Occultation) climbing stacked blocks on the far north end. 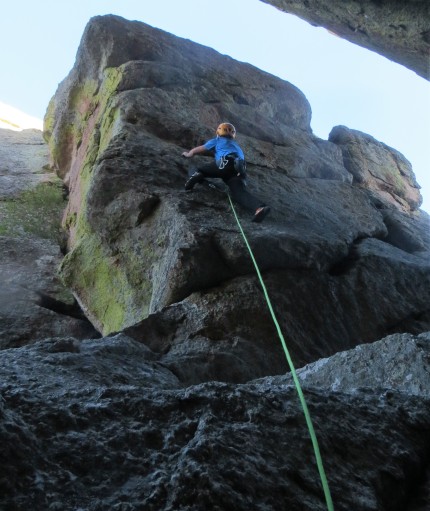 Spicules, 5.10.  Photo: …Let’s be real, nobody would want credit for this photo. 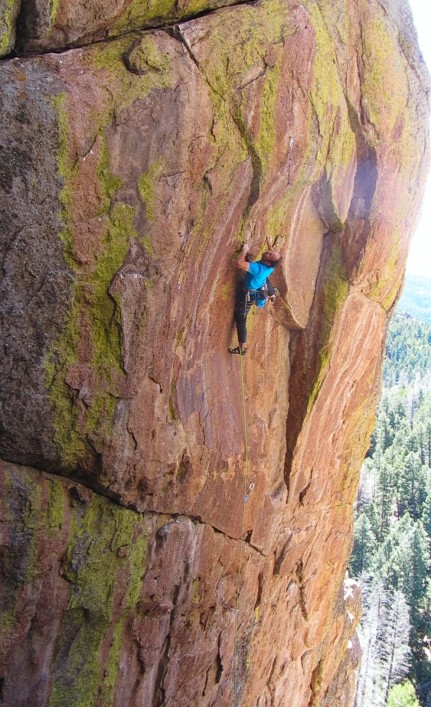