Readers of the RCTM should by now be familiar with our concept “The Time Value of Climbing Ability” (if not, you can read about it on page 12). In a nutshell, the more you improve, the easier climbs at a given grade become to send, and therefore, you can send them more quickly. So if you invest your time in improving, rather than investing that time in trying to send, the resulting improvement will payoff in the ability to send much more quickly in the future. This may sound simple and obvious, but lately I’ve noticed that some really smart climbers have trouble embracing this concept.

For many climbers, the unrestrained desire to climb all the time will be their undoing. This becomes particularly apparent when injuries and rehabilitation are involved, but rehabbing from an injury and improving are really just different ends of the same spectrum. Imagine “Jake” has a minor ligament strain in his ring finger. Jake also has a road trip scheduled for early fall. Laying out his training schedule it becomes clear that he won’t be in shape for his fall road trip unless he compresses his re-hab and skips all the extra rest days his Physical Therapist recommended. So that’s what he does, and three weeks in his “minor” ligament strain is now a minor tear, and a major bummer. It will take Jake 6 months to get healthy again, assuming he’s ever able to find the patience he couldn’t muster a few weeks ago.

That’s hypothetical but I see it all the time in real climbers (and in myself). We have a short-term goal that we are obsessed with. In the grand scheme of our career, it’s just another route, but at present it’s the most important thing in the world. Often there really is no sane reason for this single-mindedness, but we want to have it all so we push and push until something snaps. The irony of this is that what seems really important and life-changing in the present often seems far less significant with the passage of time.

My first Smith Rock 5.12 was the “first pitch” of a route called Heinous Cling (aka “Lower Heinous”), front and center in the legendary “Dihedrals”. I first attempted this route many times on toprope over the summers of 1995 and ’96. Once I was onto the training thing, I returned in 2001 and eventually sent after several days of work. It was a big deal for me. I had done a couple other routes that might be 5.12, but this was the first I had done that was solid at the grade. Also it was at Smith, a crag I revered above all others.

In 2007 I was at Smith to work Scarface. Each day before heading over to the base of my project, I stopped off at the Dihedrals to run up Lower Heinous for my daily warmup. I’ve probably done the climb more than 30 times by now, and I’ve done nearly 700 5.12s. Thinking back to the time I spent struggling and fretting over my first few 5.12s makes me laugh. If I only I had known how trivial it would become with time.

I’m not saying that such ascents are meaningless. We all need to go through the process of slaying these dragons, building confidence to try harder climbs, as well as learning better strategy and tactics as we overcome the struggle (and accept the occasional failure). Furthermore, the joy of striving towards and achieving a goal is essential to fueling further effort and progression. I wouldn’t be where I am now had I not gone through the process of selecting, training for, and achieving short-term goals time and again. It’s a delicate balance, made more precarious by the influence of our Egos and our desire to constantly exceed our abilities. I’ve certainly found myself on the wrong side of the equation at various times, and in some cases I’ve paid a hefty price for my lack of patience. 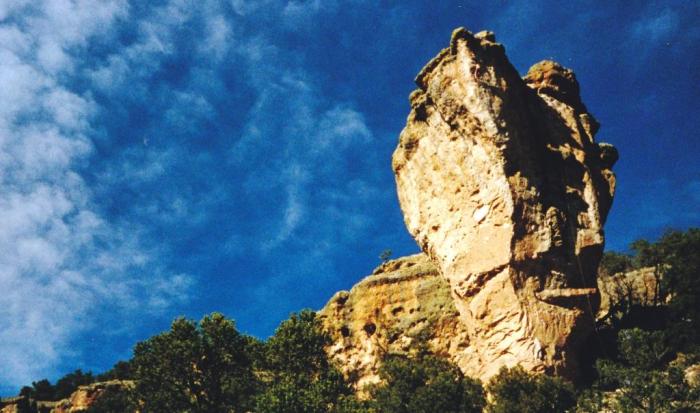 My first 5.13, Goliath, took six climbing days and the better part of the season.

If you find yourself constantly sacrificing your long-term interests in favor of the climbing opportunities immediately in front of you, you may very well be undermining your own development. This can manifest itself in many ways. For some climbers, its perpetually selecting slightly too-hard redpoint projects that devolve into mutli-week or even multi-season campaigns of downward-spiraling fitness and motivation .   Other climbers love climbing so much that they sacrifice recovery periods. They think a little bit of “easy” climbing on a rest day, or before a workout, won’t hurt. As a result, they carry a little bit too much fatigue from one workout to the next, permitting only mediocre effort during the workout, culminating in lackluster improvement. [Perhaps that little bit of extra climbing is worth it. That’s a personal question, but I would say certainly not! There are other ways to have your cake and eat it too. For example, carve out a week at the end of your Performance Phase for these less demanding objectives. Then when it’s time to train your can really focus on training.]

It’s taken me a while to get to this place, but these days I’m rarely in a hurry.  I know I’m always improving, so the longer I wait to attempt a goal route, the easier it will be.  Sometimes I want a more difficult challenge, or I want to reach for something that is a bit beyond me (or more often I mistakenly think something is closer to my grasp than it really is), so in those situations I will be more aggressive.  But most of the time, I’m quite content to focus my energy on the day-to-day task of getting just a little bit better every day, waiting for my goals to come to me.

Don’t be in such a hurry. Take the long view. Chances are you have many good years ahead of you. Use the time you have right now in such a way that will produce the most results in the long term. If you stick to your plan, follow through with diligence, the results will come. Whatever route or boulder problem you’re stressing over at this moment, don’t worry about it. It’ll come together, and then eventually it’ll become a cooldown, and then maybe even a warmup. One day you will marvel that you ever thought it was hard.

3 thoughts on “Reflections on the Time Value of Climbing Ability”